SBL Chair , D. Peter Herbert being interviewed in Los Angeles about the Chicago shooting by Naana Gyamfi on Radio KPFK.The interview addressed the simularities to such incidents in the UK, how the SBL could advise and assist the “Black Lives Matter Campaign” and the way forward in the US for exposing such cases.

AML 023: “Chair of the Society of Black Lawyers and Human Rights Barrister” on EBOLA, ISIS, BOKO HARAM, and Land Redistribution in South Africa

“Donald Peter Herbert, O.B.E., of Sierra Leone and British heritage, is a leading human rights barrister who has a distinguished career at the English Bar having 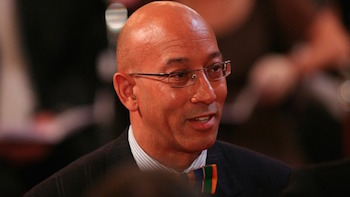 appeared in the European Court of Human Rights and as Lead Defence Counsel before the International Criminal Tribunal for Rwanda (ICTR). Peter has led in high profile civil rights cases throughout England and Wales. Peter has extensive experience at the Family Bar having appeared in the Victoria Climbie Inquiry, with leading work including Judicial Review , employment discrimination cases, inquests and civil actions against the police.”

Chair of the Society of Black Lawyers, sues the Ministry of Justice over race discrimination and victimisation

The claim by Judge Herbert in the Employment Tribunal
The report by Lord Justice Underhill, the Nominated Judge
The submissions by D Peter Herbert O.B.E. in response
The Letter by the President of …

SBL is frequently approached with requests to provide speakers for conferences, lectures and media interviews. These requests come from a number of sources: universities, colleges, trade unions, television and radio …